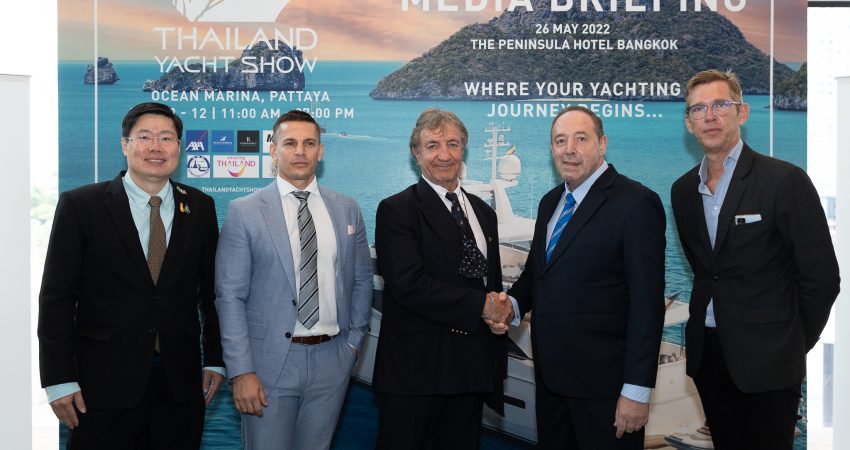 Speaking at a Thailand Yacht Show (TYS) media briefing, held at Bangkok’s Peninsula Hotel yesterday, Verventia CEO, Andy Treadwell, brought the media up to date on this year’s TYS as well as on a whole range of developments relevant to Thailand’s marine leisure industry. At the same time, he joined with AXA Insurance CEO, Claude Seigne, to cement AXA’s appointment as the TYS Official Insurance Partner.

Topics covered by Mr. Treadwell ranged from the tremendous growth in interest of boating amongst affluent Thais, the rationale for locating Stage #1 of TYS 2022 at Pattaya’s Ocean Marina. At the same time, there is real potential for these waters to appeal to would-be boaters from Thailand’s Asian neighbours – a region that is home to the fastest-growing community of UHNWI individuals in the world – which would mean a substantial boost to yachting tourism in the Gulf of Siam. 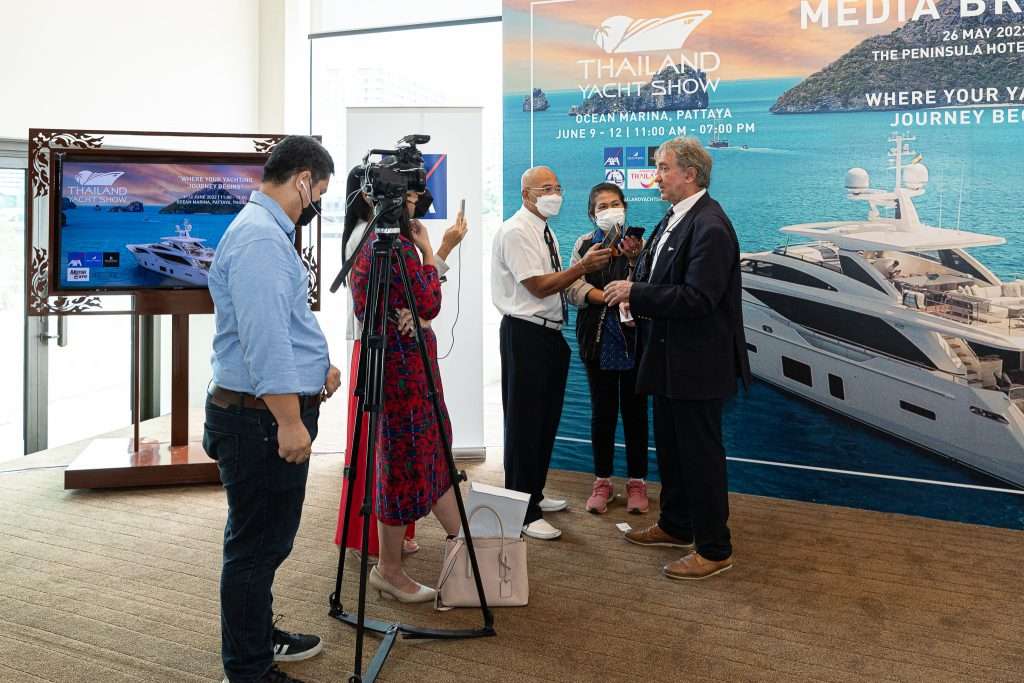 The centerpiece of his talk, though, was Verventia’s achievement in securing – after six long years lobbying – Asia’s first superyacht charter licence, allowing foreign-flagged yachts to charger legally in Thailand. The short term potential of this accomplishment will result in direct revenue in the region of US$ 200 million per year in by 2026 – and that is just the beginning.

He went on to describe the work Verventia is doing to make it irresistible for superyachts to make the journey to Asia during the European winter, instead of their habitual move to the Caribbean. This involves working closely with the Saudi Arabian and other Middle Eastern countries to map out a ‘Spice Route’ taking in a host of stopovers from the Mediterranean through the Red Sea and the Indian Ocean to the Andaman Sea and the Gulf of Thailand.

For more details, download the press release by clicking here