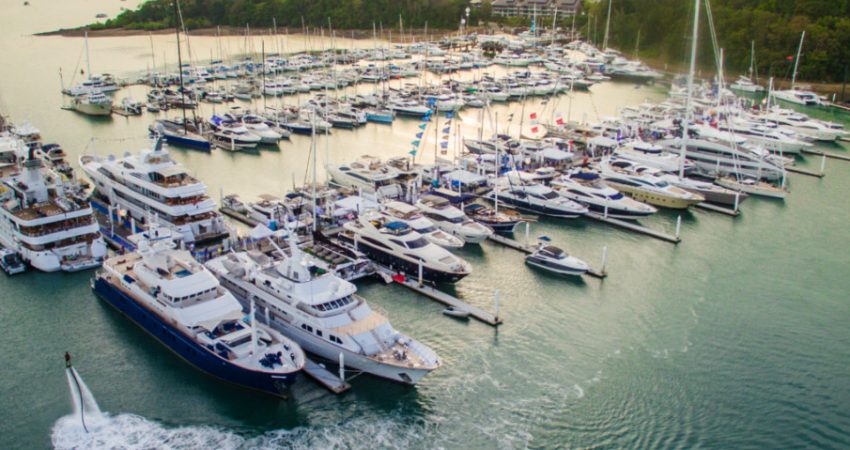 The ASEAN Economic Community was founded back in 1967, yet the acronym does not exactly resonate around the world as a destination; it’s likely that relatively few people could even name the 10 countries that make up the group.

The wider region of Asia-Pacific, a vast collection of exotic destinations fabulously rich in diversity, has a similar sort of identity crisis. And herein lies one of the major problems with growing the yachting industry in the region, and a major concern for all stakeholders to share: considerable promotion and education are needed.

The starting point is the need for national governments and marine industry leaders in the region to work more closely together, to co-operate and to share ideas with a view to growing boating in this unexplored, under-estimated and virtually unlimited paradise on earth.

More than 160 marine industry professionals attended the 9th Asia Pacific Yachting Conference (APYC) held in Singapore in April, and with a (somewhat lengthy!) theme of “Towards Increased Regional Co-operation to Promote Marine Tourism in Asia-Pacific”, the organisers were “on topic”, as many delegates commented.

Talking specifically about superyachts, and acknowledging the efforts that the APYC organising team has made over the last few years to get government and industry people around the table, conference chairman Martin Redmayne reiterated in his keynote address: “With only 5,000 superyachts in the world, it is a relatively small market, but it can be a significant wealth generator in its own right. The more that governments can do to encourage superyachts to come to the region, the bigger the economic benefits will be.”

Superyachts are at the top of the yachting food chain, and their wealth-generating potential has proved to be an effective way for the team at Verventia – the new name for the company that owns the Singapore and Thailand Yacht Shows - to get buy-in from regional governments which previously had shown limited interest in the leisure marine sector. But it doesn’t stop there.

“While we have made the focus of our approach to governments here the immediate and tangible economic benefits of the superyacht tourism industry, we believe the subsequent interest will trickle down to benefit the entire marine industry,” points out Andy Treadwell, CEO of Verventia. “The more that local people see yachts arriving and having fun, the more they will want to join in. And very few new entrants would start with a superyacht – they’ll buy or rent a small boat first. As more people with yachts of all sizes come to the region to cruise, explore and even base themselves here long-term, so the whole industry will grow – cruisers and catamarans, dinghies and day-boats, sport-fishers and sailing yachts, toys and tenders – right across the board.” 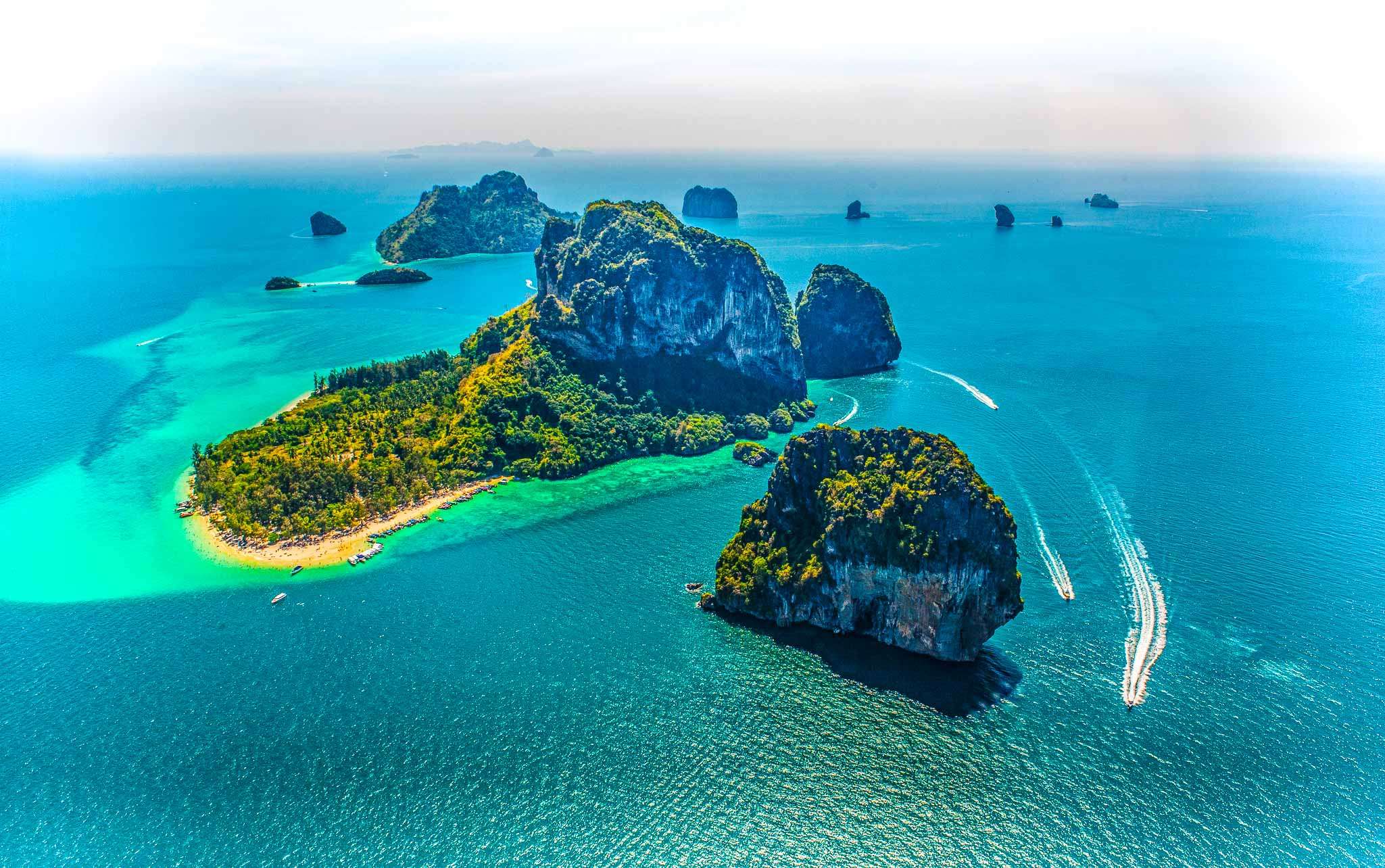 Recently, Tahiti’s authorities have made efforts to improve clearance procedures and encourage more charter operators; Indonesia has become proactive in seeking to attract international yachts to their shores; Malaysia is quietly building a considerable portfolio of marine infrastructure; Cambodia has a major marine project underway and Vietnam will shortly open its first real superyacht marina and international yacht club.

Meanwhile, Thailand, whose geographical position at the entrance to the region, whose extraordinarily beautiful natural assets, and whose relatively extensive yachting infrastructure all combine to put them in pole position to benefit from the massive potential economic impact, really has the keys to the Kingdom. Treadwell has been spending a lot of time with different Thai Government Ministers and various departments and authorities there over the past two years, trying to get hold of those keys to unlock the potential. He firmly believes that the whole Thai government are 100% behind the idea, but recognises that changing laws takes a long time and a lot of effort – so despite the major investment in time and resources, he is not letting up.

The appetite for nautical tourism is clearly growing, but there needs to be better co-operation across national boundaries, too. Not everywhere has to be a 'hub'; working together with a region-wide strategic plan, with backing from all governments, could deliver immeasurable long-term benefits for the region.

“Yachting is firmly on the agenda of the ASEAN countries today, yet this was not the case just a couple of years ago when we started this project with the Thai marine industry. What is needed now is cohesive co-operation, integration of policies, and simplification of regulatory frameworks relating to yachting procedures. We have started that ball rolling through the Thai and Indonesian Tourism Ministers,” says Treadwell. “To attract more superyachts to the region, governments need to understand the nature of the owners and operators. Most of the 1,500 or so that go to the Caribbean for the winter do so because they are free to charter their yachts out when they’re not onboard themselves.

But it’s overcrowded there these days, the service is not so good, and it’s all been a bit overdone. Plenty of owners and captains would like to try Asia as an alternative, but they won’t come here – half as far again as the West Indies – if they are going to be penalised with massive taxes in order to be able to charter. On top of that, owners and charter guests alike need to be able to enjoy extended cruising across the region – so easing restrictions and facilitating the movement of superyachts across national boundaries would make ASEAN that much more attractive, and benefit everyone,” he adds.

The Asia-Pacific region has world-class destinations in abundance. The cruising grounds are spectacular, as anyone who has explored them will agree; however, there are even greater potential benefits from marketing the region together, as a single entity, rather than as individual countries. This is what Treadwell’s team is geared up to do, and their strategically positioned yacht shows are the first steps in the basic framework for that:

“The cultural and bio-diversity of Asia-Pacific is its single biggest strength,” he says. “It's a region unlike any other, and this should be both celebrated and cherished; through a combined ASEAN marketing campaign, all in the region will benefit. While the Mediterranean has a well-defined yachting season, Asia-Pacific does not. Clearly identifying the Asia-Pacific cruising season and its position within the global calendar would really help to establish this region as the world’s third – but in my view, the biggest and best – destination for cruising and charter yachts of all sizes.”