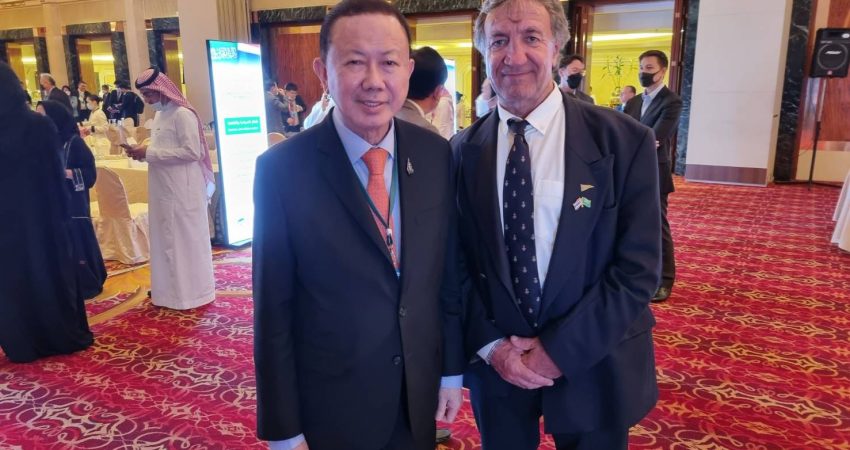 As part of Verventia’s engagement by the Saudi government to help oversee the development and promotion of yacht tourism resorts, marinas and international events on their Red Sea shores – which stretch for over 1,000 magnificent miles – a special ‘Preview edition’ of a new Jeddah Yacht Show was staged for local dealers and associated on-water lifestyle businesses during the Jeddah Season festival last month, at the brand-new Jeddah Yacht Club and Marina (see www.jeddahyachtshow.com).

A one-day ‘Saudi-Thai Investment Forum’ was held in Riyadh to coincide with the last day of the show. The forum was attended by a delegation of over 100 executives from various Thai government departments, led by Deputy PM and Foreign Minister Dr Don Pramudwinai and accompanied by major private sector corporate representatives. This was all part of the recently renewed Saud-Thai diplomatic relations and was a highly successful event, opening up many routes for collaboration and co-investment opportunities to the mutual benefit of both Kingdoms.

Verventia has been working on just such a collaboration since September last year because of the obvious synergies in our “Spice Route” superyacht tourism project. Thailand’s objective is to get a fleet of foreign-flagged superyachts coming to cruise its waters for future (European) winter seasons, and in order to get here, they have to sail down the Red Sea – so a stop-off in Jeddah to do some local cruising (and refuel at local rates!) on the way down is an obvious opportunity to work together.

The Thai delegation visited Al Ula and other major historical sites which all add to the panoply of magnificent Saudi tourist attractions, for overseas and locals alike. They ended the trip in Jeddah where they were invited to visit the new Marina and Yacht Club and departed back to Thailand extremely enthusiastic about the opportunities which now lie ahead.