2nd Annual Event in Gulf of Thailand from 2022!

In line with the dramatic recent resurgence of the leisure boating industry – boosted, somewhat perversely perhaps, by the two-year pandemic – the organisers of the Thailand Yacht Show are delighted to announce a significant development in their yacht show portfolio. Verventia have just agreed a new partnership with the owners of Ocean Marina in Pattaya to build a significant new extension of Thailand’s very own, six-year-old Yacht Show – a second annual showcase in the beautiful Gulf of Thailand, just down the road from Bangkok, next door to the emerging boating markets in Cambodia and Vietnam, and a short sail from the massive potential of Hainan, Hong Kong and Greater China. 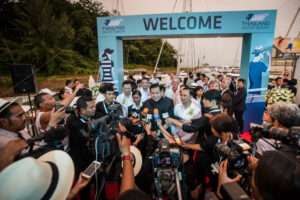 With the enthusiastic support of local and regional dealers of the best-known global yachting brands, as well as Thailand’s government – all very keen to see the leisure boating industry expand on the Eastern seaboard – the Thailand Yacht Show from next year onwards will be staged in both Phuket and Pattaya. The two parts of the show are being carefully planned in consultation with its long-standing exhibitors, and especially with regards to timing; in a normal year, they will likely be held at different ends of the season – at the beginning, in April, in Pattaya, and towards the end, in December, in Phuket.

For next year, however, things are still far from being normal; organisers Verventia are keeping their promise to be cautious, watching the ongoing pandemic-related tourism restrictions carefully, hopeful like everyone of their gradual easing, but listening to and liaising closely with both industry and government stakeholders before making any premature declarations. If all goes as well as is currently hoped, both events are now looking likely to take place in March/April – avoiding the Songkran festivities, of course.

“There is very strong demand for boating in the Gulf of Thailand now, especially from people living in and around Bangkok, and we can only see this getting stronger. Ocean Marina has for many years been leading the drive to grow boating here, and the idea of a professionally-run boat show going forwards is exactly what we need to take things to the next level.” 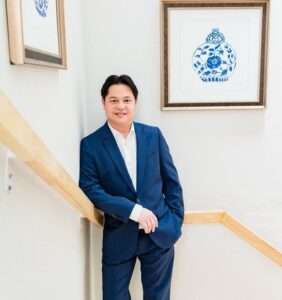 He continued: “We are therefore highly delighted to be working with the organisers of the Thailand Yacht Show for a second, very important, part of their well-established and globally-respected international event. We like their plans to bring in new boating consumers from China, Vietnam, Korea and the whole of the north-eastern part of the region via the shores of the Gulf – this is exactly what our clients in the industry on the Eastern Seaboard want to hear. We look forward to a long and fruitful collaboration with Verventia, and are very excited about how things are developing on this side of Thailand as well as in Phuket, and in the whole region generally.”

The Phuket show will feature many of the luxury superyachts that will be coming in bigger and bigger numbers every year, now that the infamous superyacht charter license has finally been brought into the field of play – thanks to the unflagging efforts of Verventia and the superyacht committee of the TMBA over the past 6 years since the launch of TYS, which was initiated by the government for this very purpose.

Simpson Marine, a founding partner of the Thailand Yacht Show and all Verventia’s three regional shows, is invariably the biggest exhibitor, and next year for the long-awaited 6th edition of TYS will have an extraordinary display of at least 10 yachts, showcasing the latest models from Aquila, Beneteau, Bluegame, Fairline, Lagoon and Sanlorenzo.

Simpson Marine Country Manager for Thailand, Howard Prime, said: “This is the news we’ve been waiting for. We’ve all been through a pretty difficult time over the past couple of years, but I have to say sales are picking up well now – and I believe this is reflected by many of our colleagues in the yachting industry. We’ve all been waiting for the Bangkok market for boating to open up, and now it’s finally starting to happen. The idea of keeping the continuity of one professional yacht show but spread over the two main destinations in Thailand is an excellent one. We applaud the decision of Ocean Marina to keep the faith and bring in the region’s best boat show organisers to help drive the market here as well as in Phuket.” 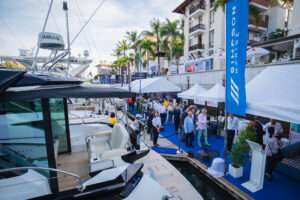 All the other main brands and dealers have the same enthusiasm for the newly hatched bilateral yearly showcase, and organisers will be announcing their many confirmed lineups over the next few days – along with some other major news about developments with the Phuket show.

Andy Treadwell, CEO of Verventia, is also highly encouraged: “Whilst all our exhibitors have thankfully been doing extraordinarily well over the past 18 months, it has been very hard for us, having had to cancel no less than 5 shows. But this new agreement with Ocean Marina achieves an important strategic objective – the crucial break-through for our exhibitors into the Bangkok and Rest-of-Thailand markets that we’ve been trying to attract to Phuket for the past 6 years.” Asked by many professional observers – even one from the USA – to comment on the latest attempt to sabotage TYS and start another new show in Phuket, Treadwell responded: “All our wonderful exhibitors have said it all for us over the last few months. We don’t need to say anything more. Except perhaps to change our byline – one exhibitor suggested ‘All for One Show, and One Show for All!’ ”
read more 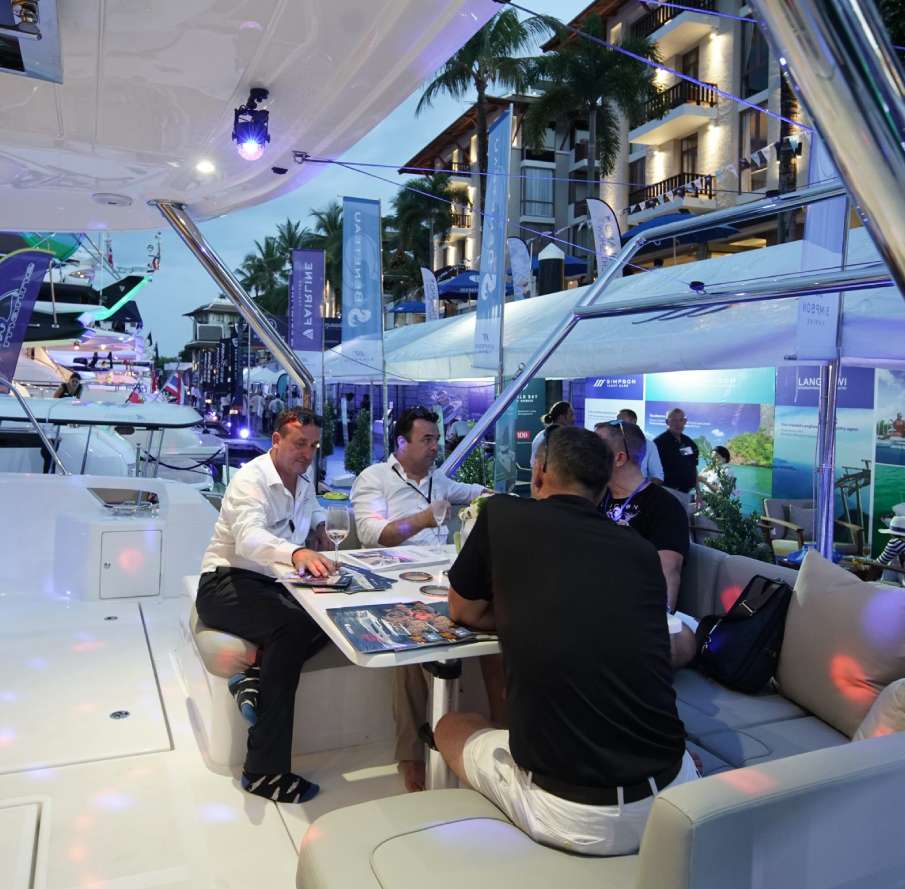 Thailand plans to rebrand tourism in the post-coronavirus era to “Amazing Trusted Thailand”, aimed at selective markets and destinations in the country that can guarantee health and safety standards for both tourists and locals – such as yachting and boating – according to a recent article in the Bangkok Post.

There is no more high-quality, high-spending, intrinsically safe and healthy tourism sector than yachting – especially superyacht tourism. This is a tourism sector that the Thailand Yacht Show has been promoting, at the request of the government, for the last 5 years, and fits exactly with the TAT’s new initiative and could quickly help bring prosperity back.

“We estimate international markets will return in October, so all related agencies are working on a proper recovery plan that won’t risk a second wave of the pandemic after our proven record of effective virus control during the first wave,” said Tourism Authority of Thailand (TAT) governor Yuthasak Supasorn.

Prime Minister Prayut Chan-o-cha suggested we use this opportunity to rebrand Thai tourism as a quality destination where we care more about trust than carrying capacity.

He said the makeover features three combinations of new and old tourism concepts, including an effective and recognised public health system, unique and outstanding gastronomy and culture, and natural beauty and Thai people.

With Thailand looking to exit lockdown this month, TAT is preparing a strategy for the second stage — matching foreign tourists from countries that were removed from the list of “Disease-Infected Zones for Covid-19” with select provinces that never reported infections, or provinces that have not had a new case in the past 28 days. 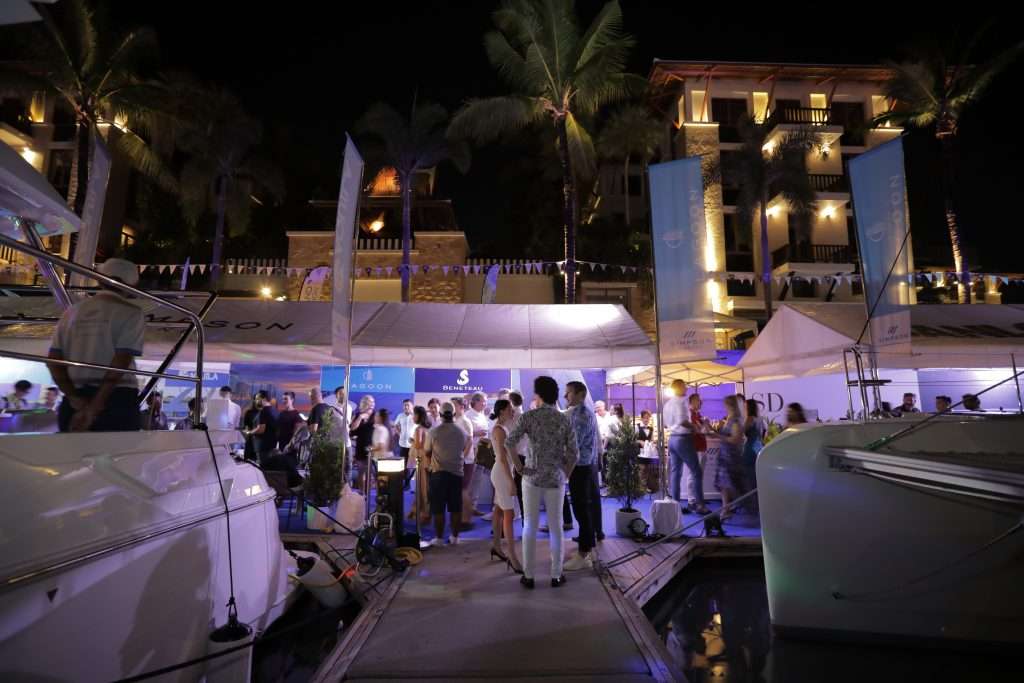 “Our plan to open up for international tourists will not be the same as the plan for locals. In the near future, a discussion between Thailand and targeted countries will be necessary before any exchange of tourists. Both Thais and other countries are worried about the pandemic, as they don’t want to send their citizens here and have them bring the virus back home,” said Mr Yuthasak.

Islands such as Phuket or Samui may be the first batch of destinations to welcome international tourists as their geography allows authorities to more easily control and keep track of tourists.

He said the agency also plans to introduce the International Tourists Bridge project, adapted from the Georgia tourism model, which aims at attracting high-end foreign tourists from the European cluster.

Thailand is looking at high spenders within the region, such as Singapore, China and Vietnam, to visit designated areas in Thailand under a quota.

These tourists can visit selected destinations without being subjected to 14-day quarantine measures, but they have to provide health certification, fit-to-fly certificates and buy health insurance before visiting Thailand, while rapid testing will be available upon arrival.

The agency will provide tourism safety standards for the Safety and Health Administration at every touch point and track digital platforms to manage the flow of tourists.

Tourism and Sports Minister Phiphat Ratchakitprakarn said the ministry plans to discuss the tourism rehabilitation plan with Gen Prayut this week and propose the plan to the cabinet meeting next week.

The plan requires 10-20 billion baht from the 400-billion-baht budget used for economic rehabilitation projects after the outbreak.

In a meeting on Monday between the Tourism and Sports Ministry and chairman of the TAT board, Thosaporn Sirisumphand, the TAT was approved to revise this year’s foreign arrivals target to 14-16 million. The outlook for domestic trips was projected at 100 million, with total revenue of 1.23 trillion baht.

This article first appeared in the Bangkokpost here