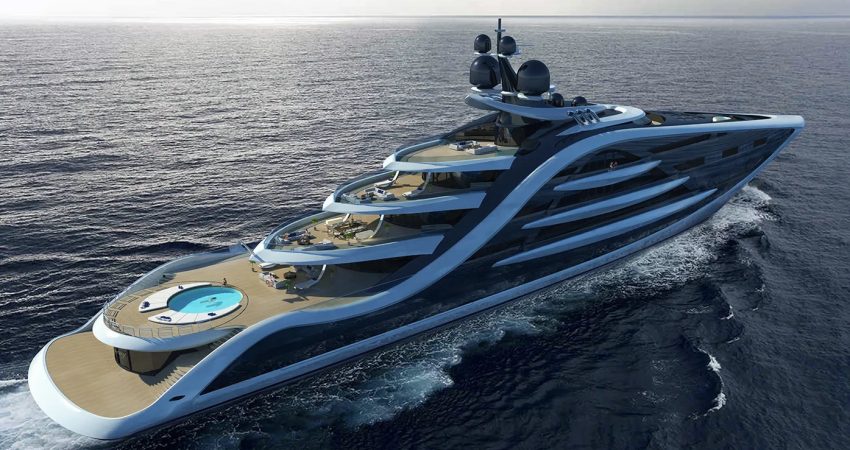 Six years of lobbying led by Verventia, through the platform of the government-initiated Thailand Yacht Show, finally resulted in the Minister of Finance announcing, in February 2021, changes to regulations that now allow foreign-flagged superyachts to charter legally in Thailand. Instead of being required to pay VAT on the yacht’s value, which was a non-starter, superyachts would now pay tax only on their charter earnings – a major win-win for everyone.

“It’s been frustratingly slow to get the necessary changes and processes implemented,” said Verventia CEO Andy Treadwell, “but at last, more than a year after the government announcement, we have finally been issued the very first charter license under the new regulations for a foreign-flagged superyacht that will spend the whole of next winter in Thailand as a result.”

Tens of thousands of ultra-high-spending superyacht tourists from the USA, Europe and the Middle East are looking for a new destination for their winter cruising holiday. They have not been able to come to Thailand, or anywhere else in Asia, until now, because of the de-facto prohibition on chartering – essential to owners as a means of defraying some of the huge costs of superyacht upkeep.

Fundamentally, this is the end of a 40-year wait for superyachts and means that, with Verventia’s marketing initiative and drive – providing they can raise the funding - Thailand will see many yachts starting to come to the Andaman Sea (the “East Indian Ocean”, as Verventia prefer to call it) and the Gulf of Siam for the European winter as an alternative to the Caribbean – until now the only winter option.

Time is of the essence, though. Thailand wants to take a chunk of a market worth USD 250 million in just the first year or two and is now the only country in Asia where foreign-flagged superyachts can charter. But the Thai government having shown the way, there is no doubt that other Asian countries will follow suit.

It is not only the European superyacht ‘snowbirds’ who are poised to take advantage of the availability of superyacht charter in Thailand. Asia is home to one third of global private wealth – the fastest growing community of ultra-high-net-worth (UHNWI) individuals in the world – yet hardly any Asian UHNWI has experienced the superyacht lifestyle; both the Mediterranean and the Caribbean are just too far away to try the unknown. But now the opportunity is on their doorstep, it is inevitable that large numbers of these luxury lifestyle seekers will give superyacht charter a try – some going on to own their own yacht.

The superyacht fleet (vessels over 30 metres) currently comprises approximately 5,600 yachts, with larger 70-90 metre yachts enjoying the highest growth rates as the world’s rich get richer. The global yacht charter market was valued at USD 10.91 billion in 2020 and is expected to grow at a compound annual growth rate (CAGR) of 25.6 percent from 2020 to 2028.

Thailand historically welcomes only about one percent of the global touring superyacht fleet every year, but is now in a position to tackle this segment of the USD 945 billion global luxury travel industry, which has emerged post-pandemic as travel’s fastest growing sector. When superyachts charter, their capacity to inject finance into every level of the local economy is astonishing.

An imaginative marketing campaign, with the right financial backing, can turn that one percent around, with the potential to attract over 200 superyachts by 2026, injecting at least a million dollars per yacht (in overheads, charter tax revenue and associated local costs) per year directly into the local economy. And that is just the beginning. If yachts can be persuaded to stay for the whole season, each one will spend at least USD 5 million – not counting the spending of their charter guests, who themselves are of necessity some of the wealthiest people in the world.

As the organiser of the Thailand Yacht Show (TYS) and the energy behind the drive to make superyacht charter legal – not to mention its connections in the superyacht and luxury travel communities – Verventia is perfectly positioned to head up a government-private sector marketing campaign with its roots in the upcoming TYS Phuket in December 2022.